KATHAK FOR KIDS IN SHANGHAI KATHAK is one of the eight most popular Indian Classical Dance forms which was originated in the northern India, evolved through four distinct phases is now being embraced globally. During its evolution, it reached the temples and had a spiritual element imbibed in it. When it entered the Mughal courtrooms, it amplified its technicalities, grace and beauty. During the British rule, it explored the Teacher & Disciple tradition of learning and the Gharana system of classification. Today we know Kathak as a dance-form which through its grace touches the contemporary lifestyle, the current issues to be addressed and also the modern facets of entertainment – popular one is of course Bollywood dance. 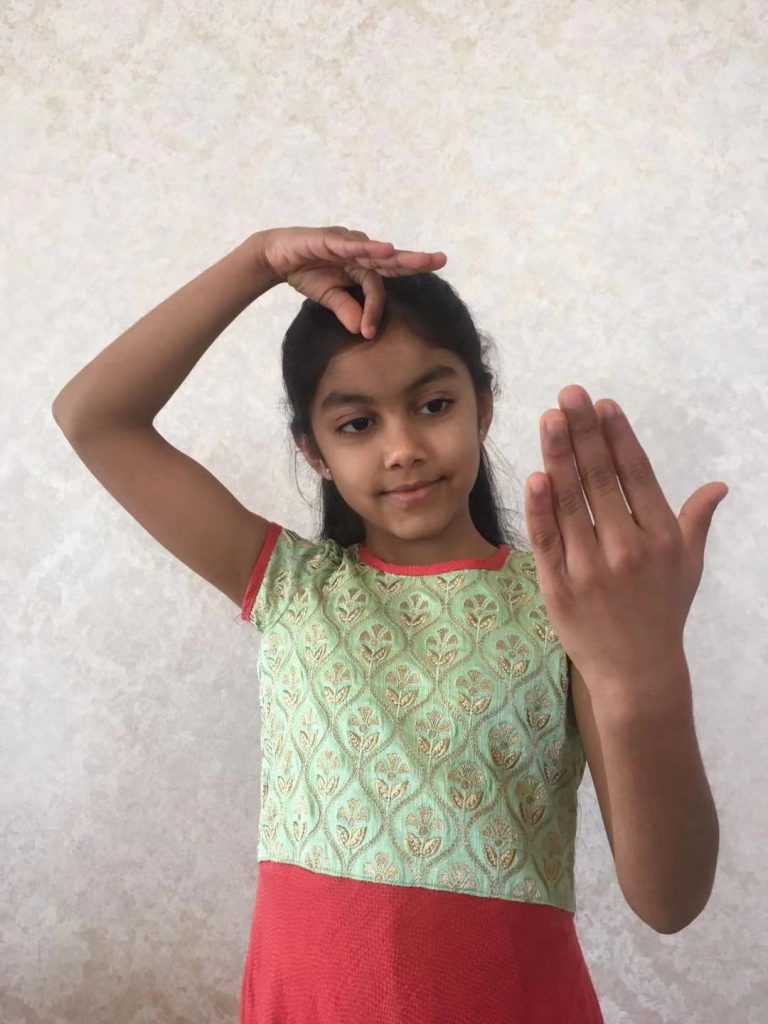 Kathak is now becoming a global phenomenon and to keep Shanghai away from its splendour will be injustice to the vibrant city and to the dance itself. What a brilliant way did Kathak find to reach out to the budding generation in the city! Yes, the Shanghai kids are all set to practice, perform and propagate Kathak to add colours to Indian culture in foreign lands of Shanghai thus enriching not only our own cultural heritage but also the cultural diversity of the city of Shanghai. 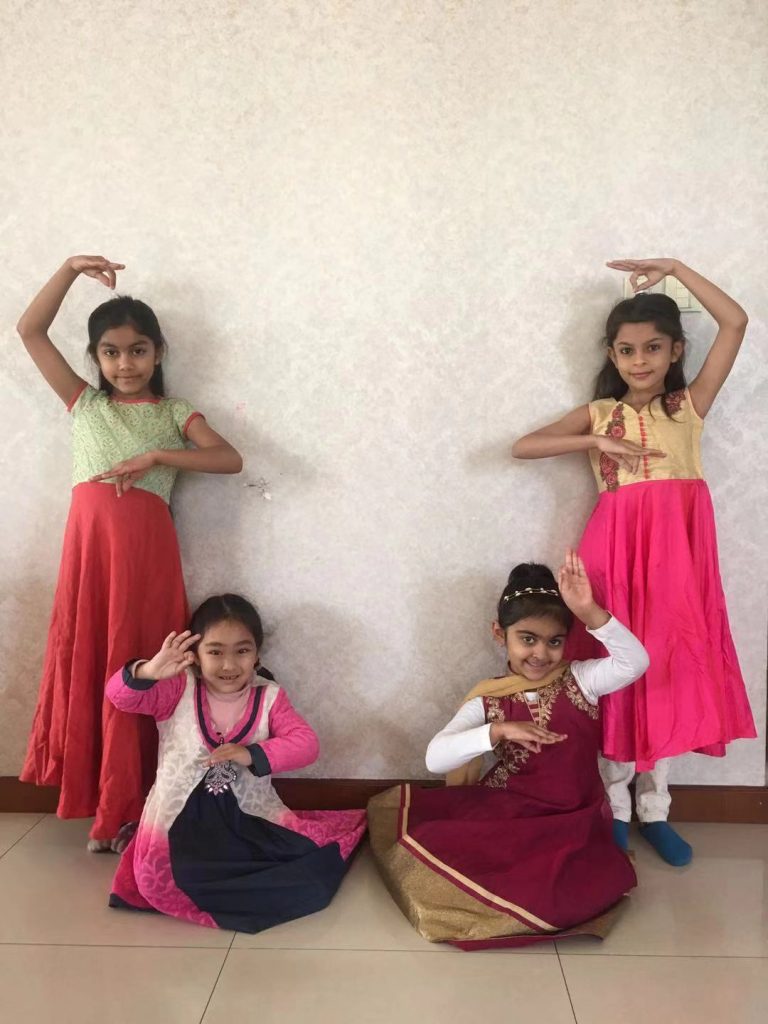 Vini, Asha, Dimayra and Pranali are the four lovely girls who came together to form the first batch of kids to learn Kathak in Shanghai this year. With ages ranging from 5 years to 7 years, these curious kids developed a disciplined way of practicing Kathak religiously; learning to recite Guruvandana shloka, perform Kathak Namaskaar, and understanding the taal system of Indian Musicology, the kids have stepped into the world of dance, drama and music as Kathak itself is an amalgamation of these three aspects of performing arts and is the ‘Dance of Storytelling’. 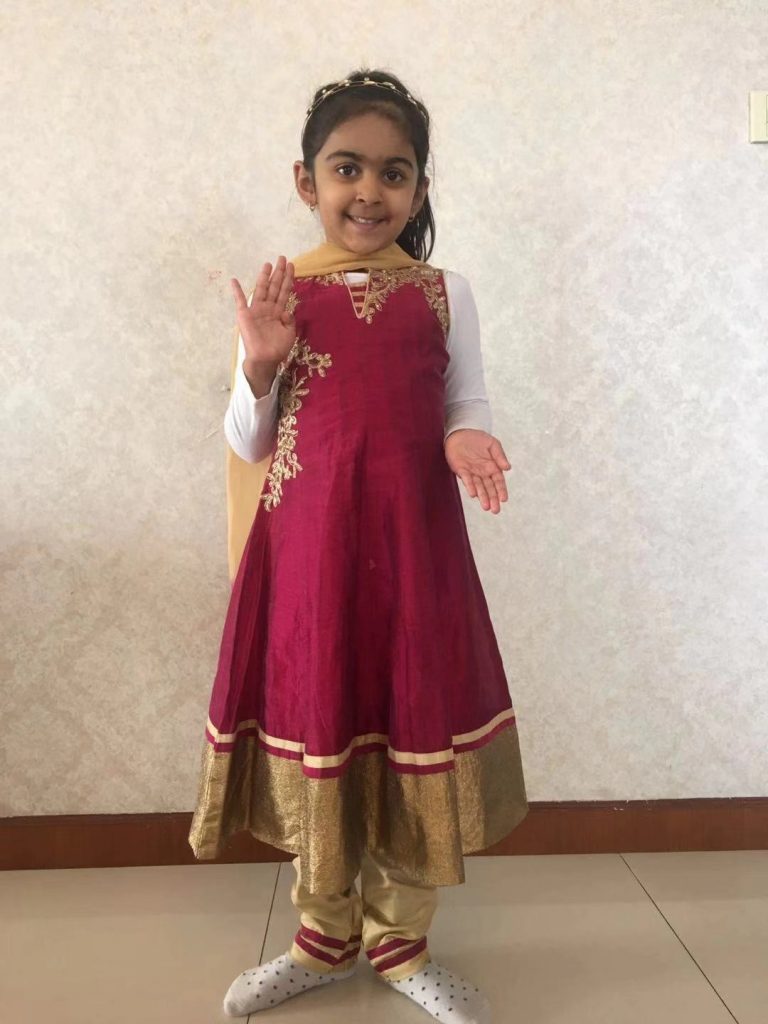 1. Encourages a disciplined lifestyle as kids need a planned regime with a daily practice

2. Inculcates a habit of being active as physical-exercise

3. Help the kids to negate any negative thought as Kathak practice needs the dancer to completely sync into the character who is being played, thereby focussing on the performance instead of having any other thought

4. Enhances the emotional quotient of the kids as Kathak performance demands emotional involvement of the dancer to perform and audience to appreciate the repertoire which is categorically termed as Rasa in the parlance of Kathak 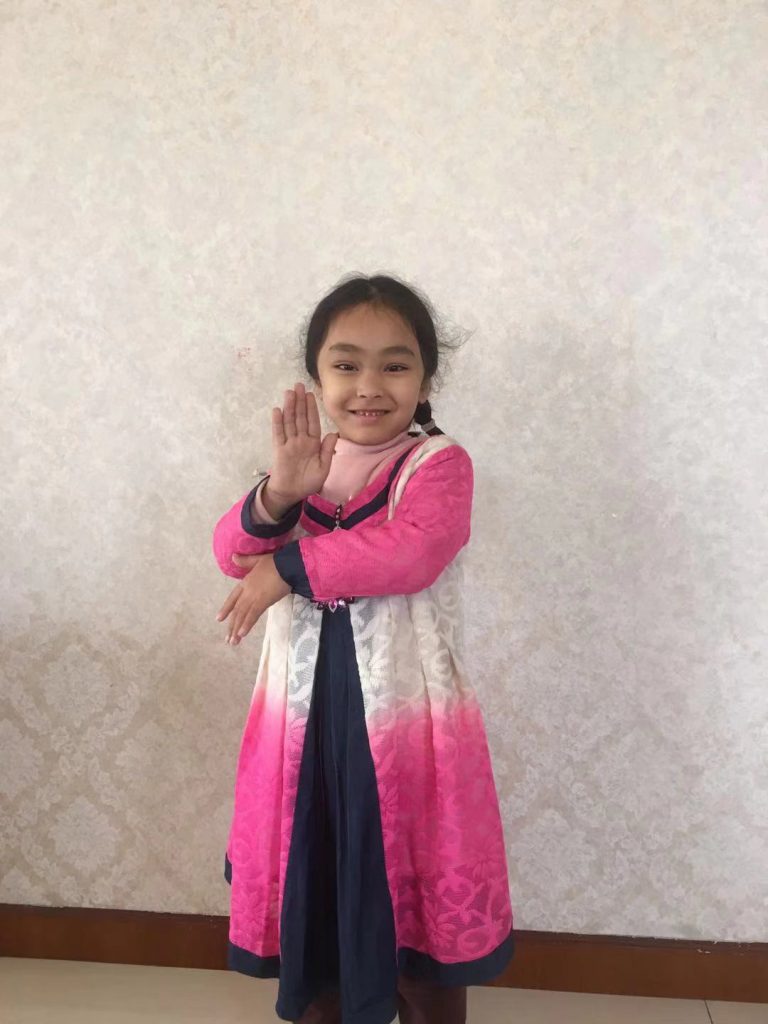 5. Gain confidence to perform while practice, in-front of the audience and on-stage, warding off the stage-fear/public-performance

6. Introduces to Yoga postures and movements building upon focus and concentration of mind and body flexibility

7. Learn to hold their body in a graceful way not only while dancing but also while standing, sitting or doing physical activities

Classical dance is the best way to connect to one’s culture in a musical fashion, and kids are the best medium to carry the culture to next level. Their fresh minds and enthusiasm to learn makes the perfect recipe of preservation and evolution of our traditional values.

She is a graduate in Biotechnology and Kathak, and post-graduate in Business Administration with dual specialisation in Marketing and Finance.

She has been working as a Foreign Supervisor with Volunteer Association of local administrative body since her arrival in Shanghai, while in India she was actively associated with IFRF (ISKCON Food Relief Foundation).