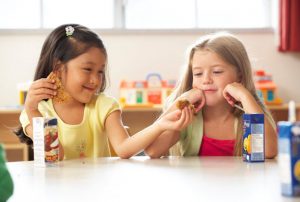 Demanding children – children who have entitlement issues – seem to be common these days. Like the obnoxious child, Veruca Salt in Willy Wonka And The Chocolate Factory, who was constantly demanding that her father get her whatever she wanted (“I want an Umpa Lumpa! Get it for me NOW!”), we hear many children today uttering the fairly constant refrain, “I want …! Give it to me! Get it for me, now!” They seem to be masters at instilling guilt in their parents through phrases such as “It’s not fair!” or “You don’t love me!” or “What about what I want?”, or by getting angry, shutting down or crying piteously.

Demanding children are hard to be around, and grow up with many relationship problems. This article details how parents may be inadvertently fostering entitlement issues in their children, and what to do about it.

Why are there so many demanding children?

Olivia grew up with a self-centered demanding critical mother who never let her have her feelings. Olivia learned early to take responsibility for her mother’s feelings by being a good girl. Now, as a parent herself, and not wanting to do to her children what her mother did to her, she has gone the other way. Rather than being demanding and self-centered, she is compliant and self-sacrificing. Rather than being an authoritarian parent like her mother was, she is a permissive parent, giving in to her children’s demands rather than setting appropriate limits.

Demanding children are difficult to be around. They have a… read more

Margaret holds a Ph.D. in psychology and is a relationship expert, noted public speaker, workshop leader, educator, chaplain, consultant and artist. She has appeared on many radio and TV shows, including the Oprah show.

Her current passion is working on and developing content for this Website, as well as distributing SelfQuest®, the software program that teaches Inner Bonding® and is donated to prisons and schools, as well as sold to the general public.

Margaret is passionate about helping people rapidly heal the root cause of their pain and learn the path to joy and loving relationships.